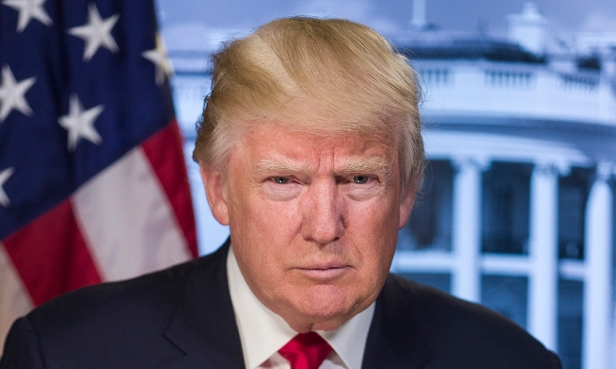 The nation approaches a crossroads with the 2018 election on the horizon. It is likely to be a national referendum on the Donald Trump presidency but it should be more than that. Instead of solely debating the incumbency of the 45th President, the American people need to vote with the long term prospects of the nation in mind. This is critical since the Trump era will likely be remembered as a short lived period of political fever similar to the time after the American Revolution in which hysteria about tumult in France led to un-American laws like the Alien and Sedition Acts that attacked the free press and demonized immigrants. While historically important, the Alien and Sedition Acts did little to impact the long arc of American history which has been more about tolerance and expansion of rights versus fearfulness and restrictions on Americans to express their thoughts. The Trump years will be seen similarly decades from now. President Trump dominates the headlines and airwaves today but his tenure in office will be marked by failure for three major reasons.

First, Americans set a high standard for political leadership. This was established at the founding of our republic. The Founding Fathers were comprised of some of the greatest minds in the realm of political science with the enduring Constitution as proof of their acumen. A short list of names reads like a historical All Star list. Jefferson, Hamilton, Madison and Jay are just a few of the names to which Americans owe a great debt. Missing from this list of great minds is the name of George Washington. The Commander in Chief of the Continental Army and our first President was not known for great intellect. He was, however, a man of action and possessed the important qualities of leadership such as self sacrifice, propriety, civility, modesty and courtesy. With less than 20% of the American people believing that President Trump is honest, he falls short of the Washingtonian values which the American people have come to expect in their leaders.

Next, President Trump continues to harness political rhetoric at odds with the American character. This includes disrespect for the press, immigrants, traditional foreign allies and American political institutions or concepts such as the separation of powers. His campaign slogan and continual mantra of “Make America Great Again” implies America has fallen from its envied place in the political firmament. While the United States is confronted by old powers like Russia and rising powers like China, the nation remains possessed with universities enrolling more foreign students than ever, the strongest national defense in world history, and technology innovators like Elon Musk that could only thrive in America. The country is scarred by towns and cities that have borne the brunt of rising China but Americans remain an optimistic people and have reasons to see their future as bright. Trumpism is at odds with the optimism of the American people despite demographic trends which have made many European Americans susceptible to the nativist aspects of “America First.” Granted, President Ronald Reagan utilized the “Make America Great” slogan in 1980 to juxtapose himself versus an unpopular predecessor but Trump lacks the sunny optimism of Reagan as evidenced by the generally negative “American Carnage” inaugural address delivered last year. The American people see their country as a “shining city on a hill” and will, ultimately, reject prolonged political negativity.

Last, Americans have a low tolerance for political corruption. Real or perceived, it was one of the reasons why many rejected the candidacy of Secretary Hillary Clinton and voted for President Trump. The United States does not have an unblemished record in the area of corruption but its appearance is not widespread or systemic as seen in other parts of the world. The political pundit Gene Robinson of the Washington Post recently compared the Trump administration to the tenure of President Warren Harding that featured the infamous Teapot Dome scandal. It took reaching back nearly 100 years to find an example of political graft in our federal government comparable to what the American people are now being bombarded with on a daily basis. This goes beyond the Mueller investigation into Russian involvement in the Trump presidential campaign. Daily revelations on the business dealings of the Trump family surface a coterie of Russian oligarchs, Chinese princelings, Indonesian insiders and, recently, a business selling “Trump” branded paraphernalia outside of a political campaign for profit. Easily forgotten in this menagerie of abuses is the way domestic lobbyists and foreign agents are using expenditures at the Trump International Hotel in Washington DC to curry obvious favor with the administration. The American people expect honesty in public dealings as President George Washington showed in his personal surveying of the land that was to become our nation’s capital. Our first President ensured that he would not benefit personally from the land taken from Maryland and Virginia that became Washington DC.  This is an example of the leadership that the American people are missing at present.

What should the 2018 election be if not a referendum on President Trump? As written earlier, President Trump lacks the leadership skills, political vocabulary and incorruptibility that the American people expect from holders of high office. Perhaps it is necessary for voters to demonstrate their discontent with the current government by voting against the interests of its leadership. This, however, is as shortsighted as Trumpism. The American people should utilize the present political mess to reassess and recalibrate the ways our government is viewed. It is perhaps a time for all of us to renew the values upon which the American Revolution was initiated, sustained and brought to successful conclusion. Only by stripping away the veneer and rust of our history to better understand it can the American people renew the virtue of self-sacrifice, the bonds of shared purpose and the sense of optimism upon which the United States was founded. It is time for every citizen to study and reflect upon the unique historical nature of our country, what it means to be an American and how we will sustain the American cause.  Then go vote like hell.

10 thoughts on “Why Trumpism Will Fail.”

Words matter. The Founding Fathers of the United States knew this and vigorously exchanged ideas. This blog attempts to be a continuation of our national debate ongoing since 1776.
Loading Comments...
Comment
×
%d bloggers like this: