Vote For America, Not Party.

The current political environment began on June 15, 2015 in New York when Donald Trump descended an escalator in his namesake building on Fifth Avenue. In a speech laden with untruths heralding the beginning of many, he said: “our real unemployment is anywhere from 18 to 20 percent. Don’t believe the 5.6. Don’t believe it.” Fast forward to the present where he does not doubt the current unemployment figures as we are in the “best economy ever.” This untruth and others on the economy continued during the 2016 election season although immigration became the central theme of the Trump campaign.

Immigration continues to be the key Republican and Trump issue days away from the 2018 election. Instead of a positive campaign on the strong economy, Trump has made immigration and fear the GOP’s closing argument in the current election by dispatching troops to stop a dwindling “caravan” of Central American refugees and non-existent “Middle Easteners”over 1,000 miles away from crossing into the United States. Americans have always been an optimistic people but that day at Trump Tower began a campaign of fearmongering against the “other” which continues unabated. Trump explained that Mexico is “not sending their best. They’re sending people that have lots of problems. They’re bringing drugs. They’re bringing crime. They’re rapists.” Continual messaging of this nature is out of character with American tradition as two recent visits to Presidential libraries demonstrates.

President John F. Kennedy and President Ronald Reagan had much in common despite their leadership of different political parties. Both were Irish Americans and Roman Catholics that served during World War II. Each was blessed with great wit and political instinct. One served as President at the hot point of the Cold War with the Soviet Union. The other was in office as the Cold War was ending. President Kennedy declared his and America’s solidarity with the people of West Berlin with the words “Ich bin ein Berliner.”Reagan looked into Communist Germany and demanded that “Mr. Gorbachev, tear down this wall.” Besides these facts, visits to the Kennedy and ReaganPresidential Libraries demonstrate that these men shared something more elemental in line with the expectations that the American people share for the Commander In Chief.

Kennedy and Reagan both saw the United States as occupying a special place in the world. The “New Frontier”Kennedy heralded is no different than the “shining city up on a hill”that Reagan imagined. Both visions imagined America as a leader and an example for other nations to follow. The “New Frontier” and the “shining city” each require national unity and for every citizen to focus on something greater than themselves. Beating the British for independence, settling the west, reaching into space and fighting for human rights cannot be done by instilling fear but only by unifying a diverse nation and inspiring it forward. This type of thinking from an American President did not begin with either Kennedy or Reagan. 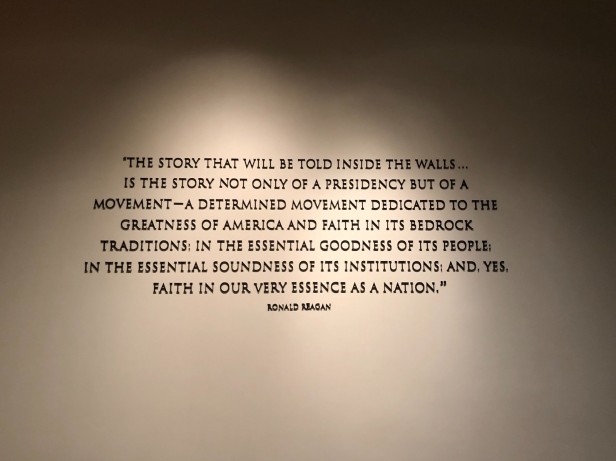 Our first President, George Washington, left office in 1796 with words that we should honor today. Washington believed that “the unity of government which constitutes you one people is also now dear to you. It is justly so, for it is a main pillar in the edifice of your real independence, the support of your tranquility at home, your peace abroad; of your safety; of your prosperity; of that very liberty which you so highly prize.” Kennedy, Reagan and other Presidents recognized that the strength of the United States stemmed from the “E pluribus unum” spirit of unity in diversity. This tradition requires that American leaders employ rhetoric to unify and not divide. Ultimately, the strength of the United States is tied to unity and overcoming differences of ethnicity, religion, and regional affiliation. Washington warned that entrenched political factions could erode our nation’s governing ability as “the alternate domination of one faction over another, sharpened by the spirit of revenge, natural to party dissension, which in different ages and countries has perpetrated the most horrid enormities, is itself a frightful despotism. But this leads at length to a more formal and permanent despotism.” He believed that this would “incline the minds of men to seek security and repose in the absolute power of an individual.”

It is easy to imagine that the current politics in America are a shift towards authoritarianism. I believe that the United States is resilient and that this is hyperbole. However, events around the world show that governments can fall quickly once political norms are violated repeatedly and the trust of the people is destroyed. The 2018 election gives the American people a chance to restore balance to our government that Washington, Kennedy, Reagan and other Presidents would approve. At present, the Republican Party controls all three branches of the United States government and has stood by silently as the current administration has attacked the free press as “fake news,” made nearly 6,500 false or misleading claims, insulted America’s most important allies and continually used dehumanizing language against immigrants and political opponents. Trump has shown no interest in national unity but in being the divisive leader of a political faction which aids and abets rivals in the world including Russia and China. Kennedy and Reagan both believed that a world dominated by either of these powers would be a lot darker for the rights of mankind. 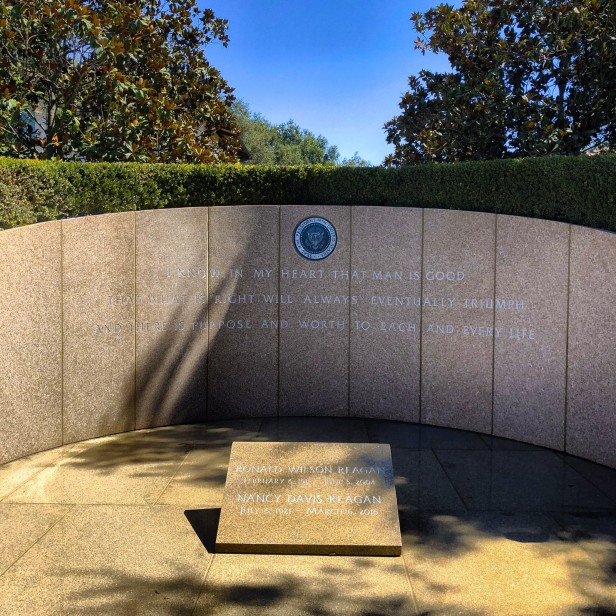 This is why I support Democratic control of at least one chamber of Congress. The Founding Fathers wrote the Constitution with checks and balances against the accumulation of power in mind. President Washington said that “the common and continual mischiefs of the spirit of (political) party are sufficient to make it the interest and duty of a wise people to discourage and restrain it.” While I am not a Democrat, I favor their success on Tuesday, November 6th to rebalance the factional composition of our current government and check voices of division that serve to weaken America.

Words matter. The Founding Fathers of the United States knew this and vigorously exchanged ideas. This blog attempts to be a continuation of our national debate ongoing since 1776.
%d bloggers like this: